Safety concerns have been raised by local residents after a significant recent increase in visitors attempting to use Asher Lane to park for Rushcliffe Country Park.

It seems the issue has been especially bad on Saturdays and Sundays – with drivers favouring access through our narrow village streets to try to park alongside the north eastern perimeter of the popular Ruddington green space rather than in the official car park off Mere Way.

Sue Powdrill, who took these photographs for us, tells RUDDINGTON.info: “There is a constant queue of cars trying to get through from both directions and to park, often reversing to do so. It is chaos! It is dangerous for walkers – I was nearly hit by a reversing car on Saturday while walking – and children on bikes. Not to mention most unpleasant considering Asher Lane is designated as a ‘country lane’ from Barleylands to the kennels and a private road further on.”

It’s possible that traffic delays caused by the current roadworks on Loughborough Road, near the Mere Way roundabout, have been putting people off going that way recently. Additionally, there is now a compulsory parking fee in the official car park of £1 for up to 8 hours or £35 for an annual permit, for regular park users. However, Sue doesn’t think that such a nominal parking fee or the roadworks are an excuse for what the situation is now like over the weekend:

“Please, can something be done about this issue?” she asks. “Someone is going to get hurt, if not! There is a car park for Country Park use so can signs be put up to indicate this, and traffic dissuaded from driving along Asher Lane?” The current use of Asher Lane by construction vehicles to access the new Avant Homes ‘Wilbur Chase’ housing development is also clearly not helping the situation.

Laura Trusler, District Manager for Via East Midlands who manage Highways work on behalf of Nottinghamshire County Council (NCC) responds: “We are aware of local residents’ concerns about parking on Asher Lane in the vicinity of Rushcliffe Country Park. There has been an increase in the number of people using the park during the current ‘lockdown’ period, which makes it more important than ever to park considerately for both other park users and residents living in the immediate area.”

In terms of NCC taking further action, she adds: “We’d like to request that park users utilise the car park on Mere Way and we will be installing temporary signs to discourage parking along Asher Lane.”

However, Sue thinks it should be taken a stage further, given that enforceable ‘no parking’ restrictions have already been imposed nearer to the village centre: “Double yellow lines painted along Asher Lane? ‘No Parking’ signs put up?”

Villager Carol agrees. “I think parking should be banned on that road as we’ve got a really good car park” she says. “I can’t understand why people drive up who are local.  I am local and I never go up in my car. I think it’s very unfair on the people that live on the roads leading up to the park with all the extra traffic. We have a great park and we are very lucky to have it. Where else can you go for the day and only spend a pound on a car park? (Nowhere!)”

Fellow resident Joanne comments: “We generally walk or cycle to the park but I’ve always used Asher Lane to park if we drive. It’s because I live that side of the village. I’ve lived here 30 years plus. When I have tried to use the actual car park, it’s been full, so had to find an alternative space. The £1 doesn’t bother me – bargain! I can see the problems that are caused by Asher Lane parking though. I always park sensibly but, as parking reduces the road to one lane, it may certainly be worth looking into restrictions to keep access open, especially with the new development.”

Carl Bamford points out: “The volume of cars the construction workers arrive in and park each day is likely to contribute massively to the problem for the next year or so.”

However, Peter Lyons-Lewis doesn’t think it’s a problem: “Lots of people from all over Nottingham drive to enjoy Rushcliffe Country Park. Parking on Asher Lane is allowed. I live on Asher Lane and rarely see any inappropriate parking. Why object to this and spoil people’s enjoyment? The official car park fills up very quickly which basically indicates how popular this beautiful park is. Perhaps something needs to be done to find a larger space for recreational parking. Live and let live!”

Simon Morley adds: “This situation has come about because of the ‘lockdown’ driving people out to visit local parks, and exacerbated by the building of new housing developments either side of the Country Park – both of which were green fields – and the houses most certainly will not be affordable to those most in need.”

As you can see, the new, temporary signage is now in place. However, Paul Witney has taken the photograph below to show the parking ‘problem’ hasn’t gone away.

“Despite signs from Nottinghamshire County Council, Asher Lane is packed again today, end to end, with idiots using the park” says Paul. “Rushcliffe Police should be out ticketing them, please.  It’s a pain for us residents!”

Ruddington Cricket Club is inviting everyone from our village and beyond to take part in its next virtual ‘Bingo Night’. It’s again to raise much needed funds for the Elms Park based club during the Coronavirus pandemic – and being run online to keep everyone safe from COVID-19. Last time £320 was raised, after players from Northern Ireland, York, Derbyshire and the West Midlands, as well as Ruddington, took part. This time organisers are hoping to do even better, but you will need to buy your tickets as soon as…
Nov
29
Sun
all-day Ruddington Baptist Church Sunday... @ YouTube
Ruddington Baptist Church Sunday... @ YouTube
Nov 29 all-day

You’re again invited to join Minister Sam Hackett and others from Ruddington Baptist Church for this week’s online Sunday service. Sam explains: “This can be watched at anytime. However, we are encouraging people to join all together in watching at 10:30am on Sunday morning.” Simply click the arrow on the player below at this time – or whenever you’re ready to start. ﻿﻿ ﻿﻿ Services have been moved online during the COVID-19 Coronovirus outbreak because the church has suspended its usual Sunday worship in St Peter’s Rooms (and other weekday…
Dec
4
Fri
10:00 am Rushcliffe Business Partnership ... @ via Zoom
Rushcliffe Business Partnership ... @ via Zoom
Dec 4 @ 10:00 am – 11:00 am

This FREE, online networking opportunity is designed to help businesses from across Rushcliffe to come together as a community and support each other. Due to the COVID-19 Coronavirus restrictions, this fortnightly event temporarily replaces the Ruddington Business Partnership networking sessions for local business and trades people which are usually help every 3rd Friday of the month at The Next Episode on Dutton’s Hill . During these ‘virtual’ sessions every delegate will get the chance to do a one minute pitch about their business, share a tip or ask a question. You’ll need to book your place…
Dec
6
Sun
all-day Ruddington Baptist Church Sunday... @ YouTube
Ruddington Baptist Church Sunday... @ YouTube
Dec 6 all-day 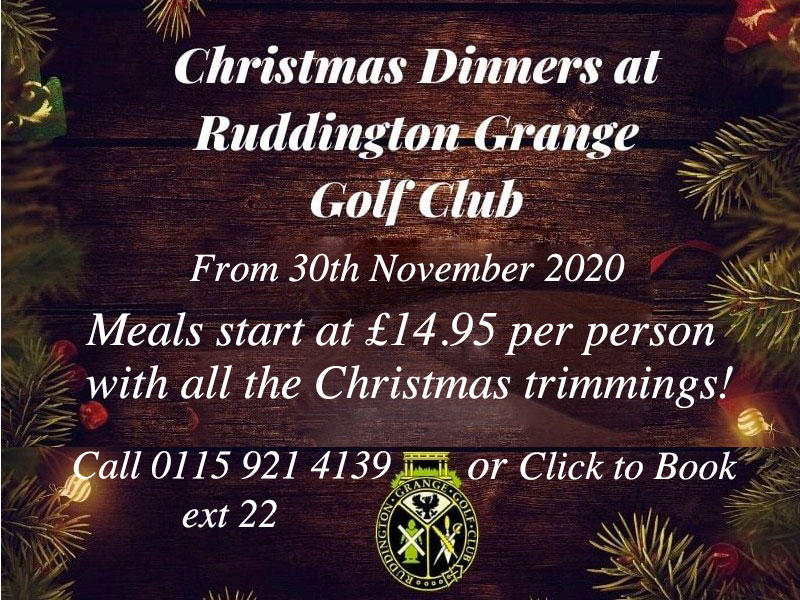