Ruddington residents and village Councillors are expressing dismay that one of the key planning conditions for the approval of 175 houses down Asher Lane has now been abandoned by Rushcliffe Borough Council without a clear alternative.

At a meeting of its Planning Committee yesterday, Councillors voted 7 to 2 in favour of allowing Avant Homes  to continue letting residents move into its ‘Wilbur Chase’ development – despite not all the stipulated highway improvements having yet been completed. The original planning conditions were imposed to avoid worsening the peak-time traffic congestion through our village centre.

Whilst the house builder has finished the required access off Musters Road, including a modified junction, and also completed the promised road improvements for mitigation of on-street parking down Asher Lane, agreeing acceptable junction improvements to the High Street/Kirk Lane/Charles Street junction and the A60/Kirk Lane/Flawforth Lane junction has proved problematic.

As shown below – on the map drawn up by ADC Infrastructure – it’s the village centre junction which has turned out to be a ‘non-starter’. Civil engineers say that original plans to add traffic lights and three pedestrian crossings right in the middle of High Street cannot be accommodated safely – at least, not without first knocking down some historic buildings! There were also grave concerns from traders that a large number of existing parking spaces outside High Street shops would be lost if this was implemented.

Consequently, due to the delays, in March, Avant Homes sought a “variation of planning Condition 9” 18/00300/OUT until the first 35 dwellings on its new 15.89 acre development south of Musters Road have been occupied. Last month Avant was rapped by the Borough Council for a planning breach by allowing a number of households to take up residence before this “variation” had been granted. At the October 13th meeting this variation has now, finally, been agreed – but confusion remains about the way forward.

The re-worded agreement put before the Planning Committee stated:

“No more than 35 dwellings shall be occupied until:

Prior to the decision to allow the above modification, Ruddington Parish Council had objected “in the strongest possible terms” – insisting that these highway improvement works were necessary “for the development to be allowed and to lessen its effects on the people who live and work in Ruddington prior to any homes being brought into occupation.”

The Parish Council also requested that, if the Council was minded to approve the application, the developer should pay no less than what the mitigations works would have cost, and the money should be ring-fenced to be spent in Ruddington. It said: “The burden should not be placed on Council Tax payers and any measures should be subject to consultation with the Parish Council and the whole of Ruddington.”

Objections to the “planning variation” had also been received from 62 village residents, Ruddington Action Group and two of Ruddington’s Borough Councillors Jen Walker and Mike Gaunt. You can find a summary of all the comments received >>HERE<<.

Addressing the meeting, Rushcliffe Borough Council’s Principal Planning Officer, Emily Dodd revealed that the size of the financial contribution offered by Avant in lieu of the village centre work was £347,439.55, and that this amount has now been agreed. However, exactly who should receive it and what to spend it on were still undecided – as a ‘Section 106’ agreement with the developer is still pending. Better provision for cyclists and additional pedestrian crossings to improve safety had both been mooted: “The Local Plan policy was developed on the back of the appeal decision requirements, and any decision should be in accordance with the development plan unless material considerations indicate otherwise” she said. “If Highways are happy with the amended arrangement this would weigh strongly in favour of a variation compared to the policy requirement.”

Nottinghamshire County Council’s Highways Authority had stated: “Modelling undertaken in the supporting note demonstrates that any capacity benefits offered by the signalisation are not significant and hence the overall benefit of the proposal when compared to the issues it creates would be considered marginal at best. Nonetheless, we do recognise there is a need to mitigate the traffic impacts of the development on the village centre. In this regard we welcome the offer to provide a financial contribution in lieu of the works. We would expect this contribution to spent on works in and around Ruddington Village Centre to reduce single occupancy car use and sustainable transport measures which encourage non-motorised transport such as cycling and walking.”

Speaking after the vote to allow the “variation”, on behalf of himself and Cllr Walker, Cllr Gaunt told us: “We are both bitterly disappointed to see that the planning committee have passed this application with none of the conditions requested having been accepted. Avant Homes can now proceed to sell 35 homes on the Asher Lane site before they have to pay any money to sort out the junction on the High Street and Kirk Lane.”

He continues: “Fortunately the committee did attach a condition to the application thanks, to Cllr Thomas from East Leake, which states that the future road improvements will have to come to the Parish Council, Ward Councillors and the local Ruddington Action Group as a consultation process. We are both relieved that our intervention on this application has, at least, managed to secure this consultation with local groups – but It is infuriating that, yet again, all of the local views seem to have been ignored and Ruddington suffers yet further.”

He adds: “We will continue to strive as Ward Councillors to ensure that these developers pay their share of Section 106 money to mitigate some of the impact that the homes they have built are having on the lives of residents of our village.”

A number or residents have contacted RUDDINGTON.info to say they’re very pleased the idea of putting traffic lights in our village centre has been scrapped. Carla O’Brien comments: “Absolutely no-one that I have spoken to thinks this is a good idea!!! It would change the whole character of the High Street and cause huge traffic issues.”

Beresford says: “It’s more important, for pedestrians especially, to have safe crossings across Kirk Lane and High Street. Therefore, don’t discount Zebra Crossings. If the High Street was one way (for traffic) then short time parking could be increased by drive in bays (bonnet of car facing pavement) on one side of the road.”

Former Parish Councillor, Barbara Breakwell, adds: “As frustrating as this whole scenario has been for LOTS of us, at least we have been proved right. Traffic lights at Kirk Lane/High Street were a ridiculous, non-workable suggestion.”

Only time will tell whether traffic in Ruddington village centre will grind to a complete halt once all the new houses at Wilbur Chase (and elsewhere) are occupied. Perhaps other measures put in place using Avant Homes’ Section 106 contribution can still ‘save the day’. 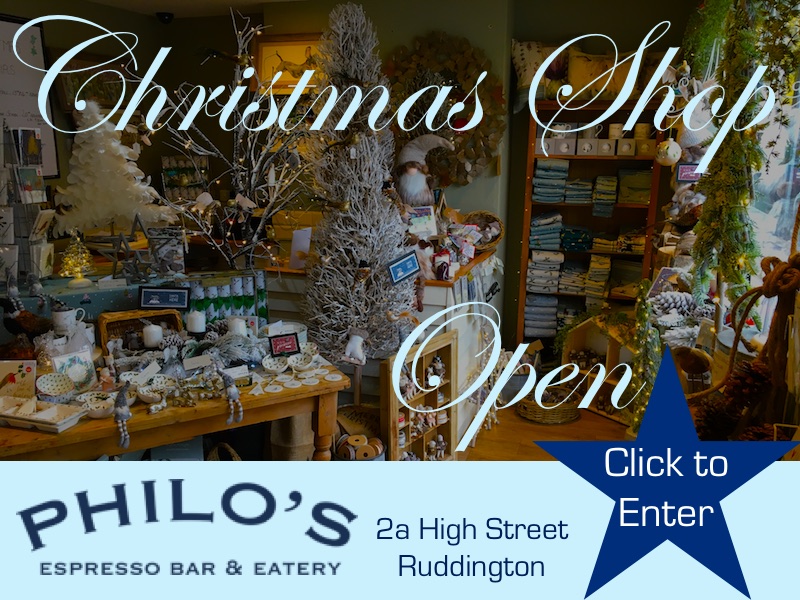